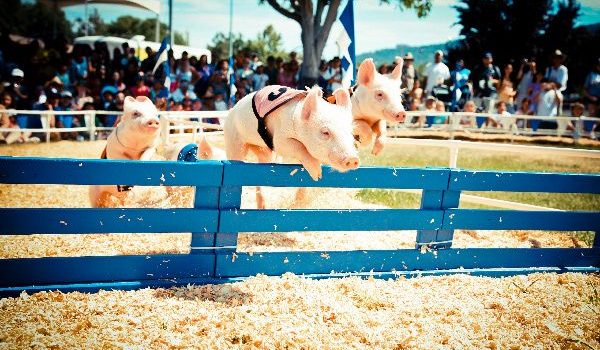 Scientists from the St. Jude Children’s Research Hospital have identified a molecular property of the hemagglutinin protein that contributed to the emergence of the 2009 H1N1 (“swine flu”) pandemic influenza virus.

The new strain of H1N1 virus was first identified in April 2009 in Mexico, from where it spread from one country to another. Because it was then a new type of flu virus that few humans were immune to, it became a global pandemic that lasted until August 2010. About 200,000 people were estimated killed by the 2009-2010 H1N1 flu pandemic.

Type A flu viruses are divided into subtypes based on two proteins on the surface of the virus- the hemagglutinin (H) and the neuraminidase (N). Hemagglutinin is carried on the surface of the flu virus. The virus needs the protein for binding to and infecting host cells. The researchers found that hemagglutinin became more stable in an acidic environment as the H1N1 virus shifted from swine to humans. The adaptation increased the protein’s stability in the acidic conditions of the human respiratory tract and lowered the pH at which hemagglutinin was activated. Activation triggers an irreversible change in the protein’s molecular shape that fuses the virus and target cell.

In the study, published in the Proceedings of the National Academy of Sciences (PNAS) journal, the scientists tracked the pH of activation in H1N1 swine flu viruses before and during the 2009 flu pandemic. Prior to the pandemic, H1N1 swine viruses were activated at pH 5.5-6.0. The H1N1 virus that infected humans early in the pandemic was activated at pH 5.5. In later cases, the activation pH of the H1N1 pandemic virus declined to 5.2-5.4.

Using ferrets, the scientists demonstrated in the laboratory that the hemagglutinin adaption was essential for the airborne viral transmission of the disease. Mutating the hemagglutinin to reduce the protein’s stability in acid, and increase the pH of activation, blocked the virus’ ability to spread through airborne particles. The pH of activation differs for different flu viruses. Avian and swine viruses are activated at pH 5.5-6.0 compared to pH 5.0-5.5 for human flu viruses.

The research team’s lead scientist, Charles Russel, said: “We have identified hemagglutinin acid stability as an essential property of pandemic viruses. These findings should aid pandemic preparedness by helping officials recognize and prioritize circulating animal viruses for surveillance, vaccine production and other measures… Our findings suggested that one requirement for a pandemic influenza A virus was an acid-stabilized protein with an activation pH of 5.5 or less, which was sufficient to allow airborne human-to-human transmission at the start of the 2009 H1N1 pandemic.”

The study’s findings may help health authorities spot and contain potential future pandemic viruses. In the meantime, the CDC is urging everyone to get their flu shots. Vaccination for the 2015-2016 flu season is available at the doctor’s office, the community health center, and even at the nearest Publix or Costco and similar retail outlets.