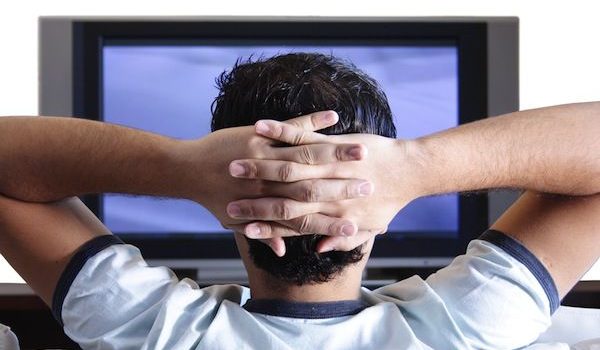 How can a simple act of staying at home and watching your favorite TV make you a hero? You can really become one if you decide to confine yourself in your home, make yourself busy by staying in front of the TV, or do household chore for that matter, just so you don’t go outside and mingle with other people. In other words, if you are sick with the flu that you caught because of an ongoing influenza outbreak, the best thing to do is confine yourself in order to avoid infecting other people.

Staying at home slowed down the virus

In a published research study, it suggested that the people in Mexico City who stayed in their homes at the start and during the period of the swine flu H1N1 outbreak somehow coaxed it to change course. As people stayed inside their houses, the virus become slower in its movement, causing a major reduction in the rate of infection among the city’s populace. Since it is just a suggestion, researchers basically admitted that it cannot be proven as true.

Still, University of California Davis’ Michael Springborn and his colleagues decided that they have a chance of at least determining the degree of its possibility by checking the TV ratings of shows being aired during the spring season of 2009. This was the time when the swine flu virus was on the verge of spreading throughout the US and Mexico.

Officials immediately asked people to refrain from going out and just stay at home in order to avoid any chance of person-to-person transmission of the H1N1 virus. During that time, nobody was aware of the danger that came with the H1N1 virus. Later, it turned out that the virus was not that deadly. Although clearly, it was much worse compared with the typical flu as it had killed twice the number of individuals as that in any normal flu season.

What the team also found out was the high viewership rating in Central Mexico, an area hit by the H1N1 flu virus during the months of April and May, 2009. This was mentioned by Springborn’s team in their report at the BioMed Central journal BMC Infectious Diseases journal. In the said report, it stated that there was a significant increase in the number of hours used by people to watch TV during this period.

Looking for guidelines in case of flu outbreak

Public health experts are in a quandary over what actions to take whenever outbreaks and pandemics. Their concern is how to come up with guidelines that people will follow to help them become less exposed to the virus during a flu outbreak or pandemic. Despite Springborn’s report, these experts are still not sure whether not going out and staying at home are directly responsible to the breaking of the chain of transmission. They are also doubtful that the public will comply to requests that they stay home if in case a pandemic does happen.

More children and affluent stayed at home during flu outbreak

Their study showed that those who spent the most number of hours watching TV where children and the rich. It is not a surprise since during this period, schools were closed. The affluent, on the other hand, natural have more resources to their disposal which allowed them not to go out if they wanted to.

The results of the study also served as their basis in drawing conclusions regarding the hours that people spent at home against the hours that they spent outside their homes and made contact with others.

Springborn’s team admitted that there were inconsistencies in their report. Even during the time that the risk of the epidemic lessened in its intensity, there was a marked reduction in the number of hours that people spent watching TV. The researchers deduced that either people went out to do important errands or had to run back to their office to make up for lost time.

Springborn also made certain measurements of the actual H1N1 flu cases to come up with vital data. The latter was then used to create complex mathematical formulas that modelled the events that occurred during the epidemic period. They found out that new flu cases emerged instead of a stabilization or tapering off of the situation. Overall, the results of Springborn team’s research study serve as a vital information that public health officials can use to form guidelines that the public may observe in case of any future pandemic.

Get your flu shots

During times when you do find yourself in a flu outbreak, don’t panic. It won’t help you in any way. Stay at home and avoid making any direct contact with anyone outside. Also, consider getting your flu vaccination as soon as possible. These flu shots are easily available to anyone who needs them. Some of the most trusted providers of these vaccines are CVS and Kroger. Not only are these shots affordable, but you can be sure that they are top quality, and so, deliver the best protection from any flu infection.