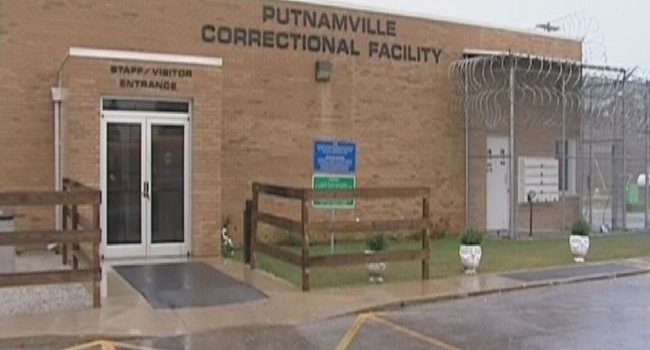 The influenza A-H1N1 virus, which is a strain of swine flu, is what caused the recent flu outbreak at the Putnamville Correctional Facility in Indiana that has so far already led to the death of an inmate and the infection of 40 others since January 16.

“The H1N1 flu strain is responsible for the outbreak,” said Dr. Michael Mitcheff, the Department of Corrections’ chief medical officer, during a press briefing on Tuesday afternoon. Thirty-five inmates and five members of the prison staff have shown the signs and symptoms of the disease. “A few men were having trouble breathing and coughing up blood.”

Currently, 13 are being treated at the nearby Terre Haute Regional Hospital while 15 others are under observation at the prison’s infirmary. Of those in the hospital, one man is having respiration difficulty and has been placed on a ventilator while another has a low white blood cell count and may possibly have pneumonia. According to Mitcheff, those who became very ill had complications due to MRSA (methicillin-resistant staphylococcus aureus), a type of antibiotic-resilient bacterial infection.

“I didn’t realize the severity of it until Saturday,” Putnamville Correctional Facility Superintendent Brian Smith told reporters during the press briefing. “We had a situation with the guy that passed away but then the other guy didn’t get sick until Saturday.” The inmate who died was a 35-year old Mexican who developed both MRSA and pneumonia.

Smith said steps to prevent the spread of the virus are already being undertaken, including wiping down common areas with bleach and germicides, replacing the air filters at the facility, and providing face masks and hand sanitizers to the inmates and staff members. Everyone are also being encouraged to get a flu shot. According to Smith, of the more than 2,200 inmates at the correctional facility, 1,500 of them had been vaccinated. In fact, of the 35 inmates who became ill, he said three had received flu shots.

So is it possible to get the flu even if you’ve already been vaccinated? One likely explanation is that the three inmates who received the flu shots but still got sick may have been exposed to the influenza virus shortly before they got vaccinated, or sometime during the two-week period after vaccination that it takes the body to develop immune protection. According to the CDC, it takes about two weeks after vaccination for antibodies to develop in the body and provide protection against influenza virus infection, which is why it’s better to get vaccinated early in the fall before the flu season really gets under way. But even if it’s already January, those that haven’t can still get their flu shots at their doctor’s office or at the community health center. They can even get vaccinated at the nearest Publix pharmacy outlets, where they can also buy their prescription antiviral medications in case they’ve already been infected.