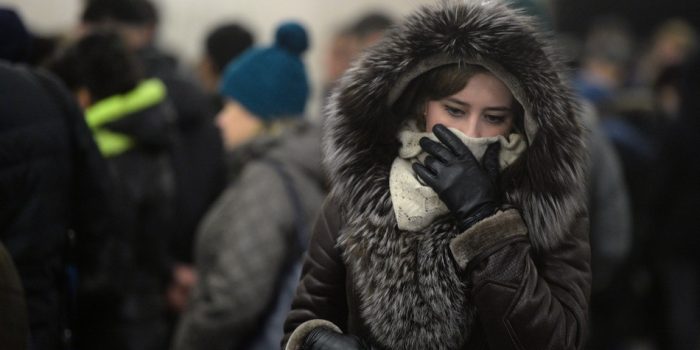 In certain parts of Russia, the number of those infected by the seasonal flu virus have begun to reach epidemic proportions. In St. Petersburg, where 30 percent of the city’s population have been infected, it is believed that some 30 people have already died because of the disease. A Russian communist official is now saying that the United States is to blame for the outbreak.

Vadim Sovolyov, a ranking member of the Communist Party faction in the State Duma, a Member of Parliament and the deputy head of the legislative body’s constitutional law committee, attributed the flu epidemic that is now sweeping across Russia to American germ warfare.

In a broadcast aired via the Russian News Service radio in Moscow, Sovolyov said: “This wave [of flu] came from Ukraine. And I don’t rule out that it was specifically the Americans there who kicked off this situation, launching such a war against our country. I think such a time has arrived, and we will send requests to the the ministry of health, the general prosecutor’s office, and possibly the FSB [the successor to the defunct KGB], asking them to use their own channels to seriously investigate, because this violates all acceptable norms.”

Sovolyov is clearly a nationalist of the extreme kind. In August of last year, he asked Russia’s Attorney General to investigate the use of Microsoft’s Windows 10 by government agencies since it “may leak classified information to foreign intelligence services.” The month before that, he introduced a bill that would ban foreign organizations from giving grants to Russian students to study in the West because these “foundations…like slave owners, smuggle people out on pirate ships to foreign countries, that carry out activities on taking our talents across the border.”

The current epidemic in St. Petersburg and elsewhere in Russia is caused by the swine flu or A(H1N1) virus, one of three kinds of influenza viruses that commonly circulate among people today, with the other two being influenza A (H3N2) and influenza B viruses. There are now vaccines that are effective in the prevention and containment of these types of  viruses. Russian public health officials have confirmed that those who have died so far were not vaccinated.

The United States has not yet responded to Sovolyov’s accusation about alleged germ warfare.

The CDC however continuously urges everyone in the United States 6 months of age and older to get a flu vaccine yearly to prevent influenza, especially those who are at high risk of serious complications from influenza like the very young, the elderly and women who are pregnant. Flu vaccination is available at the doctor’s office, the community health center, and even at the nearest Publix and similar retail outlets.