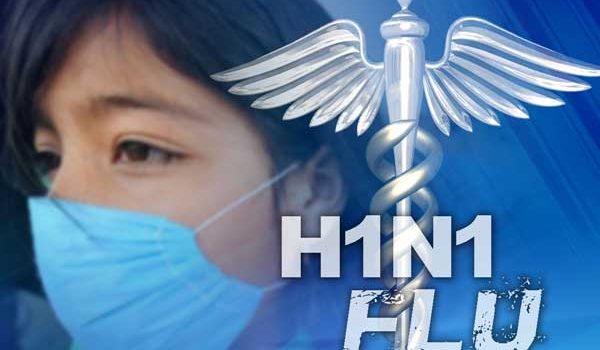 What many call “swine flu” is a seasonal flu that is caused by the type A-H1N1 influenza virus. When it was first discovered in 2009, it was called “swine flu” because the virus was similar to those found causing flu in pigs. Actually, the H1N1 virus is what scientists call a “reassortant,” a mix of genes from swine, bird, and human flu viruses. According to scientists, H1N1 has eight RNA strands of which one strand is derived from human flu strain, two from avian flu strains, and five from swine flu strains

The H1N1 virus was first identified in April 2009 in Mexico, from where it spread from one country to another. Because it was then a new type of flu virus that few humans were immune to, it became a global pandemic that lasted until August 2010. About 200,000 people were estimated killed by the 2009-2010 H1N1 flu pandemic.

Since the end of the pandemic, the H1N1 virus has become one of the three predominant viruses now circulating worldwide that are responsible for the seasonal flu. The other two are influenza A-H3N2 and influenza B viruses. All three viruses cause symptoms characterized by chills and fever, coughing, sore throat, runny or stuffy nose, headaches, body aches, joint pains, fatigue, sometimes vomitting and diarrhea.

Complications that can result from seasonal flu include pneumonia, bronchitis, sinus and ear infections. In some cases, it can even lead to meningitis or encephalitis. People at high risk from developing serious complications as a result of flu include very young children, pregnant women, people over 65 years old, and those with chronic medical conditions like asthma, diabetes, HIV/AIDS, neuromuscular disorder and heart disease.

“Swine flu” is very contagious. The H1N1 virus is spread in the same way as the other types of flu viruses as well as the common cold virus – through saliva and mucus particles. An infected person can transmit the disease-causing virus by coughing, sneezing and touching. When expelled either by coughing or sneezing, the saliva and mucus particles can remain suspended in the air for a while before landing on surfaces that can be touched by others. People can become infected if they breathe in the virus while it is suspended in the airborne saliva or mucus droplets as well as by touching contaminated objects then placing their hands around their mouth or nose.

According to the CDC, the best way to prevent getting infected by the H1N1 and other seasonal flu viruses is by getting vaccinated, preferably before the start of each flu season. Flu shots can be taken at your doctor’s office, at your school or workplace clinics, or at the community health center. The preventive care section of your neighborhood Publix or Walgreens pharmacy outlet also offers flu shots to customers even without appointments. Other ways recommended to protect yourself from the “swine flu” virus include cleaning your hands with soap and water or alcohol-based sanitizers as often as you can, avoiding crowded public places especially during the peak of the flu season, and avoiding contact with sick people.