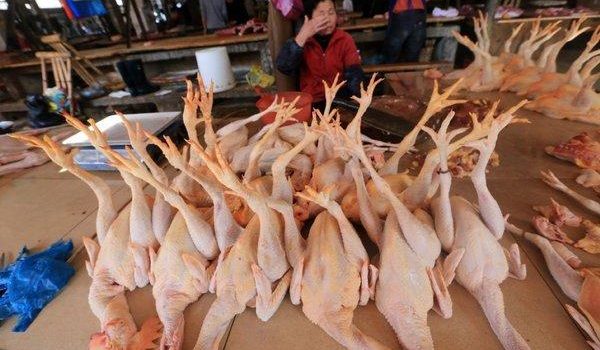 Although the standard American consumer has the choice of where to get their poultry, they shouldn’t be worried about the recent outbreak of bird-flu as compared to the producers who raise these birds for consumption.

Today, most poultry farm owners hold their breath when they check the condition of their birds every day. But they don’t do it because they’re afraid of catching the virus. They’re afraid that their livestock might have caught the flu during the night and end up dead when they open their barn doors.

Before any piece of livestock can make it to the market, they go through rigorous checks on both ends of the business process. The preparation, delivery and even presentation stages of the livestock business cycle is filled with checks to ensure that consumers are getting safe and healthy birds.

The main target of the virus is the avian population. This is where the Bird Flu is making a mess. The outbreak is taking place among birds that socialize with each other in large groups. And the reason why producers and farmers are so scared is that they do not know where the virus is coming from.

Many researchers believe that the virus is coming from waterfowl that migrate to farming areas in various states. Waterfowl are birds that are known also live on watered area. Examples of these creatures are geese and ducks. And although there haven’t been outbreaks in these types of birds, they are thought of as carriers of the virus who leave traces of it in the water they drink and bathe in. When bred turkeys drink or bathe in the water, this is where the virus spreads. Even if one turkey drinks contaminated water, they could easily pass it on to other birds via their droppings or their feathers, ultimately infecting the whole barn.

Despite the vigorous investigation process conducted by the USDA and other agencies in the country, it is hard to pinpoint a singular source that has already infected 15 counties already. And since farmers have no idea where the virus is coming from, the best that they can do it to carry on with their businesses and pray to the heavens that their stock is still alive the next morning.

A flu outbreak in the farm could actually break the business instead of causing health problems. When a livestock farm reports a contamination that has claimed the lives of many of its livestock, it can be guaranteed that the farm will be quarantined and the people there set aside for evaluation to prevent human contamination. Any stock already sent by the farm to the markets will be tracked, confiscated and investigated. This could ultimately shut down a farm. This is what makes the Bird Flu more of a business threat rather than a health threat.

Of course, they can make sure that their birds do not interact with wild birds while on the farm. But that won’t necessarily take away the full risk. The virus may already be present in some of their birds but hasn’t manifested itself yet.

From Farm to Table

How this outbreak transcends into the local, urbanized communities is another issue altogether. Since the USDA is already aware of the outbreak, measures are already being taken to maintain the integrity of the livestock industry. Monitoring, reporting and detection are some of the measures in implementation today. But of course, the virus doesn’t only affect livestock. It affects birds in general.

That means pet owners and private farmers who keep a number of birds under their roof need to be vigilant. Just because the virus is only affecting farms at the moment, that doesn’t mean urban birds are safe. Take note that wild birds, unless shot down, cannot be stopped from flying over urban skies and interacting with domesticated birds. This is where the risk of contamination comes in. But as long as owners make sure that their pets are watched closely and they monitor unusual deaths, then the risk is kept at a minimum.

In line with protection, both farmers and pet owners are advised to get vaccinated against the flu. Through the help of the government and other private organizations, many vaccines have been made available to the public via various local brands. Some of these brands are Walgreens and Walmart. Flu shots can be purchased at these places for a reasonable price. It doesn’t hurt to protect oneself against the flu, especially if you live with birds on a daily basis.

Another form of protection is through proper education. Understanding how Avian Influenza spreads out and affects livestock is a great way to come up with countermeasures that will minimize the risk of an outbreak in your farm or home.