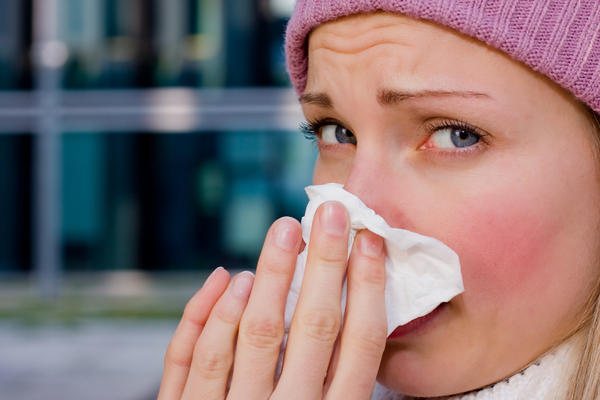 Flu virus can spread easily in any office. How? If you have the flu, and you get your hands into the coffeepot holder, in a few hours the virus will be spread by people in your office via the door knobs, desks, document files, among many others. Experts reveal that the virus from a door handle can transfer to an office desk in a matter of one to two hours.

Undoubtedly, the hands are more efficient in spreading the virus than, let’s say, the strongest sneeze – this is according to Charles Gerba, from Tucson’s University of Arizona in his report to the infectious disease experts. A likely hot spot in the office is the pantry, where employees love to stay and use something that everyone else commonly touches, such as the coffee maker and microwave oven.

Gerba’s team used a sampling sponge to determine how fast the virus is able to spread in a typical office. Their research also found out that the use of disinfectants and hand sanitizers are able to prevent the spread. His study revealed how viruses are able to cause the spread of flu and colds. As workers deposit their viruses and germs on desks, tables, and appliances, others catch these viruses as they get into contact with said objects.

According to Gerba, every time an individual touches these surfaces, he picks up as much as 50% of the viruses found on them. And as he touches his face, the viruses can enter his nose, mouth, or eyes. This is an inevitability since on the average, adults touch their face once every 4 minutes. In the case of small children, their hands can be found on their faces every 1 minute.

In the experiment, Gerba’s team made use of a virus called the MS-2. It is non-infectious and so, does not pose any problem to his volunteers. MS-2 is of the same size and shape of the infectious types of viruses common in offices such as the noroviruses. Normally, it is spread from one’s hand to his mouth. It is capable of making 20 million sick every year, and can kill as many as 800 people, the Centers for Disease Control and Prevention reported.

Gerba’s team spread the virus everywhere – in door knobs, the coffee pot handle, tables, and chairs of two offices with 20 people and 80 people. They swabbed their hands to log the germs already found in their hands, and as they do that, secretly deposited MS-2 virus on the hands of one subject. What happened was unexpected as the MS-2 virus was spread all over the office in a matter of hours.

Their study also showed that frequent washing of hands and use of disinfectants and hand sanitizers can effectively prevent the spread of germs and viruses. He asked half the workers to use hand sanitizer or wipes dabbed in quaternary ammonium compounds or chemicals. And as the viruses were released again, a dramatic drop in their spread was recorded. The viruses were found in 60% fewer surfaces. A 90% decrease in the amount of virus on the surfaces or the hands was also achieved. Gerba can only guess a further decrease if every participant was made to use disinfectants or hand sanitizers.

The study came out with the suggestion that every time people go to public areas such as the office, they use hand sanitizers. Disinfectants must be wiped in appliances, desks, and chairs at least once a day. The findings are not only applicable to offices but schools as well, where infections are known to be prevalent because of the easy spread of flu and respiratory viruses. Gerba also discovered that illness in children can be reduced by 50% if their desks are disinfected regularly.

Infection from a virus, according to Gerba, is dependent on whether people have already been infected by a virus and become immune. Still, the viruses are there, and abound. He added that office buildings are likely to have a third of their walls, doors, and appliance surfaces to be teeming with the flu virus. People who are sick, and either work in these offices or come in as visitors, contaminate them with the virus. Hence, it pays to have a hand sanitizer with you wherever you go.

Be safe from the flu virus

If you don’t want to get infected by the flu virus in your office, it’s best to get a flu vaccination. Have it as soon as possible. Postponing means more opportunity for the virus to strike. Remember that there is great possibility for you and everyone else in your office to get their hands on an infected surface. Be confident that you will not get sick by getting the vaccine shots that you need. You can have them from the most trusted pharmacies in the country such as the Rite Aid and Target. These shots are an assurance of a more protected and healthier you – totally free from flu virus infection.