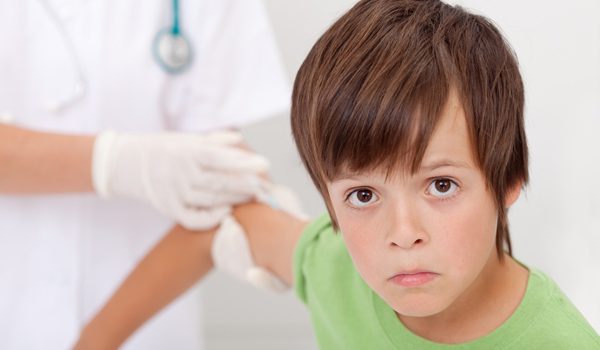 There had been discovered a mutation of a strain of the influenza virus, and the existing vaccine might not be enough to protect humans against it – this is according to the Centers for Disease Control and Prevention. The flu season has yet to start, but a lot of people are not yet vaccinated. They want to know if they still need to get vaccinated following CDC’s announcements.

Vaccine is effective against 4 virus strains

According to the center, it is important that people receive their vaccination. It is because the flu vaccine offers sufficient protection against a maximum of 4 different strains of flu. The vaccine will not only protect you against the H3N2 strain, the particular virus that underwent a mutation and drifted, but also one or two more B strains and the H1N1 strain, depending on the kind of virus that you receive.

Of the total number of existing H3N2 strains, half had already mutated. The vaccine can provide protection against half of these strains. There is also the possibility of the vaccine providing cross-protection, which means that those who were infected with the mutant strain of H3N2 are likely not to get seriously ill.

Many wonder why a new vaccine is not being made to counter the new mutated strains. Experts explained that it requires a maximum of six months to create new flu vaccines. Also, these vaccines are made out of an old technology that relies on obtaining virus samples from patients and growing them in eggs. Such a process needs around 6 months; hence, the Center selects the strains that will go into the influenza vaccines in the month of February, for instance, so that they will be ready for distribution come the month of August.

Even vaccines that are created using faster and more advanced technologies involve processes that take around 4 months. The newer vaccines undergo cultivation in cell cultures instead of chicken eggs. A modern vaccine, known as Flublok, is created with the use of DNA.

Currently, scientists are in search of a universal vaccine that can provide full protection for people against all strains and forms of the influenza viruses. At least, they are trying to discover an effective virus that can be created more quickly. Influenza season in the United States normally peaks between January and February, so, it is never too late to get your flu shots.

What’s the development with the nasal spray vaccine? Known as the FluMist, the vaccine is a version that’s free of needles. Instead, the vaccine can be sprayed up on the nose. It is also formulated using the old-fashioned means, which is the use of eggs. Nasal spray flu vaccines are known to be more effective because it utilizes a live but weak flu virus. However, it was found out just last year that the vaccine didn’t respond well to the H1N1 flu strain that was in circulation. This year, however, the vaccine is more effective since it is live, and so is able to provide protection against the drifted H3N2 virus much better than other flu vaccines.

How is the virus season progressing?

Many ask if the current virus season is average, or looking bad that it is infecting more people than that of the previous seasons. Actually, it’s very early to tell how the virus season this year will go, but the CDC is alarmed that it can turn out to be a really bad year since the H3N2 has dominated strongly so far, which means a greater chance for more people to become infected. According to Dr. Tom Friededn, the CDC director, they are aware that flu seasons turn out to be bad ones if H3 types of virus dominate. So far, 5 children reportedly have been killed by this influenza virus.

Since the flu vaccine are formulated in advance of the flu season every year, there is a good chance that it is off, especially if the flu virus has mutated. It is known that flu viruses do well as far as mutation is concerned. Likewise, they are known to be highly unpredictable, which is why a flu season should be treated as one that’s unique from previous seasons. Viruses can very well mutate during the middle of the season. It is also possible that a new virus will emerge, much like what happened during 2009, when the H1N1 swine flu appeared suddenly in March and April, at what should have been the end of the flu season.

Get your flu vaccine now

During the flu months, people think that they can go pass through it by staying healthy and getting good rest. In fact, many have little tolerance against the influenza virus. And with all the new strains and mutations of viruses happening, doctors recommend that the public get their vaccination. Flu shots these days are affordable and can be had from some of the most reliable names in the market such as Publix and Rite Aid. Remember that it is wiser to get the vaccine even earlier than the flu season in order to avoid any complications that an influenza virus might bring.