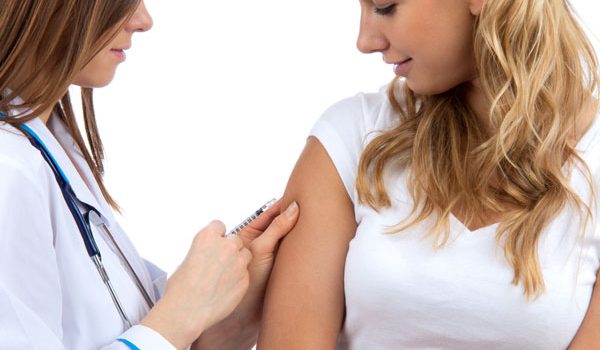 New seasonal flu vaccines are released every year for a reason – most flu viruses have rapid rates of genetic mutations known as drift, which requires the release of new vaccines to fight the effects of the new strains. Researchers, public health experts, and healthcare practitioners, among others, must work together in judging the effectiveness of flu vaccines for the current season and in producing the vaccines for the upcoming season. The determination of flu vaccine effectiveness is a science in itself, a must considering the high stakes involved in case of flu pandemic.

Effectiveness Measured Via a Blood Test

The effectiveness of flu vaccines can be objectively measured by a blood test called the hemagglutination-inhibition assay, which measures the vaccine’s ability to generate a certain level of immune response. Scientists consider a vaccine effective when its assay titer of antibodies equals 1:40 or higher, a measurement that applies to seasonal and pandemic flu vaccines. In case of a 1:40 titer, the vaccine will provide protection for 21 days after administration.

Variation in Effectiveness Between Persons and Years

Emphasis must be made that the effectiveness of a specific vaccine will vary from one person to the next. For example, your titer will most likely be different from the titer of your immediate family members even when you have all been administered the same vaccine from the same batch. You will then observe that your apparent immunity against a flu outbreak in your area will be different from your relatives’ response.

Furthermore, the effectiveness of vaccines will also widely differ from one year to the next, even within the same flu season, because of the different rates of drift for the dozens of flu strains. For example, during the 2014-2015 flu season, the vaccine was made to provide protection for major flu viruses that emerged in 2014. But because of new strains emerging in late 2014, the seasonal vaccine was only 23% effective.

Still, the Center for Disease Control and Prevention (CDC) recommended the vaccine’s administration since it appeared to decrease the severity of symptoms among people who were infected with the virus despite their prior vaccination. This is also true for vaccines from previous flu seasons because of numerous studies attesting to their overall effectiveness in preventing illnesses as well as reducing hospitalizations and deaths.

But it should be noted that studies have also shown that the flu vaccine can also reduce the risks of hospitalization by 70% and of death by 85% particularly among the elderly not confined in nursing homes. Among the elderly in nursing homes, the effectiveness of the flu vaccine is also notable – reduced risks for hospitalization by 50%, for pneumonia by 60%, and death by 80%.

The bottom line: Get your seasonal flu shot every year! This is true even when you are a relatively fit person whose immune system is at its peak. Keep in mind that even a 23% protection is better than zero protection especially when it comes to the flu virus, which can cause a wide range of complications including possibly fatal pneumonia. You can always compare the prices of flu shots at Target, CVS and Costco, among others.

Indeed, vaccination is still the best chance for protection against both seasonal and pandemic flu for most individuals in particular and for the world in general. Individuals are less likely to get sick with the symptoms and complications of a flu infection while society will not have to deal with the hospitalization costs and deaths associated with it.