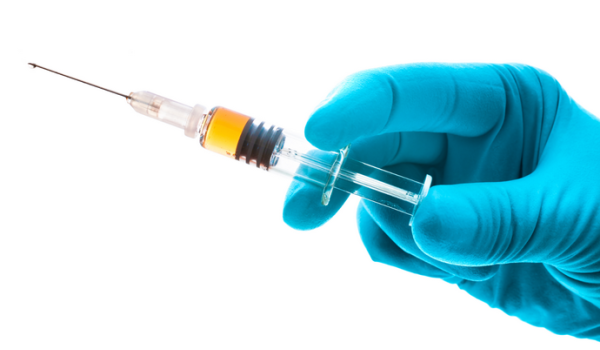 For the general public that receives the flu vaccines, which come in injections and nasal sprays, getting vaccinated seems so simple – you set an appointment with your doctor, get to the clinic, and get the shot. But the process from research and development of the upcoming seasonal flu vaccines to their actual administration for the current flu season typically involves a six-month race among vaccine manufacturers, government agencies, and public health advocates.

And the time of the year for flu shots is now upon us! The Centers for Disease Control and Prevention (CDC) issued a statement about vaccine manufacturers distributing more flu vaccines in the United States, the highest so far since these shots were recommended – a forecasted 171 million to 179 million doses for the 2015-2016 flu season.

According to IMS Health, an industry research firm, the number is a significant increase from the 147.8 million distributed for the 2014-2015 flu season; the revenues amounted to $1.61 billion. On a global scale, the market for flu vaccines is estimated at $4 billion, thus, making the shots truly a multibillion industry.

The market for flu vaccines has been growing in recent years partly because of the public health promotion for vaccination at the federal, state and local government levels. Public health experts always emphasize that the single best thing that can be done as protection against flu is to get vaccinated, even when the seasonal flu vaccines have effectiveness rates ranging from just 50 to 60 percent in most years.

Bear in mind that flu is unpredictable, no thanks to its constant shifts and drifts. But because flu can be a serious illness with possibly fatal complications, such as pneumonia, especially among the vulnerable population, vaccination is strongly encouraged.

In the United States alone, millions of people still get the flu with over 200,000 American adults hospitalized because of its complications. The virus kills thousands of people, too, worldwide.

The vaccination rates in the United States are on the rise, fortunately. The CDC has also expanded its recommended coverage such that everybody older than 6 months should be vaccinated except for a few cases. Today, approximately 44 percent of American adults get their flu shots while the rate is higher among American children at 59 percent.

The business side of flu vaccinations can be fiercely competitive, too. In the United States, three major vaccine makers are competing for their share of the market, namely, Sanofi Pasteur, the largest with its supply of an estimated 65 million doses or more for 2015; CSL, an Australian company that acquired Novartis’ flu vaccine unit, with p to 54 million doses; and GlaxoSmithKline with 38 million doses.

Each manufacturer has a six-month window of opportunity, so to speak, from getting information about the strains that will be the focus of the upcoming season’s vaccine to getting the ready-to-administer vaccines to clinics. The six-month manufacturing window is notable because unlike other vaccines, flu vaccines must be changed on a yearly basis depending on the strains that are expected to be in heaviest circulation.

Each year, scientists in the public and private sectors worldwide including the World Health Organization have to reassess the strains that manufacturers should adapt to the vaccine. Without the announcement about the strains, the manufacturers cannot make the vaccines because, otherwise, these will be rejected by the authorities including the Food and Drug Administration.

Once released to the market, the prices of the flu vaccines will vary depending on the manufacturer’s pricing structure and the type of vaccine, among other factors. For example, quadrivalent vaccines are more likely to have higher prices because these provide protection against 4 strains in comparison with trivalent vaccines with a 3-strain protection. Consumers are then well-advised to compare prices in authorized stores, such as in CVS, Walgreen, and Wal-Mart before getting their shots.