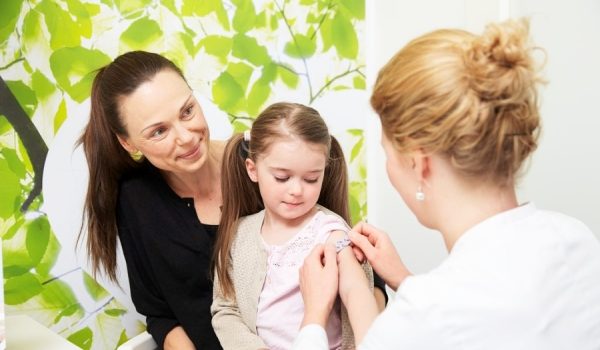 As of 27 October 2015, two of the United States’ major drug companies have reported shipping delays for flu vaccines for children for the current flu season. Many doctors have also been reported to run out of the needle-free nasal flu vaccine popular among children, a recent development that could have an adverse impact on the vaccination rate among children. According to the Centers for Disease Control and Prevention (CDC), the estimated vaccination rate for American kids is at 59 percent while the rate for adults is at 44 percent.

Sanofi Pasteur, the largest supplier of flu vaccines in the United States, has announced that its shipping delays are between two and three weeks. Its Fluzone vaccine, which comes in pre-filled syringes and administered as an injection in the arm, is a quadrivalent vaccine (i.e., it provides protection against four strains of the flu virus) usually given to children.

Fortunately, Sanofi Pasteur has shipped sufficient supplies of vaccine in multi-dose vials that can also be used for children. Doctors should have plenty of these vaccines on hand while awaiting the pre-filled syringes.

MedImmune has also announced production delays, which it called “unforeseen challenges”, for its FluMist nasal spray vaccine that, in turn, has resulted in significant shipment delays. While the company has already shipped approximately 5 million doses, these doses are just a fraction of its projected 15 million doses for distribution for the current flu season. The company, nonetheless, has announced that it will continue its shipments of additional vaccines until the end of the year, pending availability.

Still, MedImmune’s assurance may not make paediatricians happy, so to speak. Many have reported running out of the FluMist nasal spray vaccine, which MedImmune exclusively manufacturers – an inconvenient event considering that the CDC has recommended annual flu shots for everyone over 6 months old. The FluMist nasal spray vaccine is also approved for administration for people in the 2 to 49 years old bracket.

Even the CDC was unable to anticipate for the overall shortage caused by these shipment delays for the year. Earlier in the year, manufacturers including Sanofi Pasteur, MedImmune, and GlaxoSmithKline have announced their plans for the production of 171 million to 179 million doses. As of 9 October 2015, more than 109 million doses have already been distributed – a significant shortfall that manufacturers should be concerned about not only because of their bottom line but also in the interest of public health.

But these shipment delays should not be a reason for people to skip on their annual flu shots either. You should get your flu vaccine as soon as possible even when it means that your arm gets an unwanted needle instead of your preferred nasal spray vaccine. Bear in mind that the minor sting associated with an injected flu shot is a small inconvenience in comparison with the risks of contracting the flu virus.

Emphasis must be made that skipping on the annual flu shot can increase the risks for contracting serious illnesses as complications of the virus. In the United States, as many as 200,000 people can be hospitalized due to these complications, which exerts a toll not just on personal finances but also on the public health system.

Of course, everybody who had been vaccinated the previous year should still be vaccinated for the current year. This is because flu is fickle in the sense that the virus mutates, a process known as shifting or drifting. The vaccine for last season will most likely not be effective for the current season since the expected most active flu strains between the two seasons will be different. Remember to stop by your local CVS or Walgreens for more information and updates about Flu vaccines.