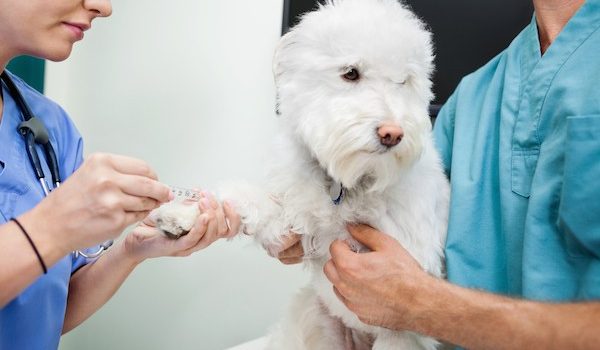 Rabies is a viral disease transmitted from a bite received from a rabid animal. While it is preventable, the United States and Puerto Rico have reported about 6,200 cases found in animals and less than five cases in human since the year 2010. The US Center for Disease Control and Prevention states that annual rabies cases come from wild animals such as bats, skunks, raccoons, and foxes.

How to Know if Someone has Rabies

A person infected by rabies usually develops flu-like symptoms such as weakness, fever, headache or nausea. These conditions may last for several days, making the patient feel extremely uncomfortable.

Itching and tingling or prickling sensation on the bite site may also be experienced. This may progress to other serious conditions such as brain dysfunction, confusion, anxiety, and agitation. If left untreated, the person may start showing abnormal behavior, insomnia, hallucinations, and delirium.

It is impertinent to know that once the first signs of rabies occur, the condition may always lead to death and survival is rare. Currently, there is less than ten human survival cases reported in the United States and out of these cases, only two did not have any history of post exposure prophylaxis.

Besides humans, any animal that has been bitten by a rabid, wild animal is already considered as exposed to rabies. Unvaccinated pets like dogs, cats, and even ferrets that are exposed should be immediately euthanized.

Unwilling owners are given an option to isolate their pets for six months for observation. If the pets survived without any symptoms, it should be vaccinated at least a month before release.

For vaccinated pets like cats and dogs, they will be observed for 45 days. In case their vaccines are outdated, these pets will be evaluated and observed individually and the decision to release them will still depend on the result of the analysis.

Based on studies, rabies is not usually found in small mammals like rabbits, hamsters, and guinea pigs. Furthermore, these animals are not easily infected nor can they infect humans. Bites from these animals have low rabies risk unless the animal is sick or behaving in an unusual manner.

How to Prevent Rabies

There are two effective and safe rabies vaccines readily available in the American market:

Both can be bought in pharmacies like Rite Aid and Publix but must be administered by a doctor or medical professional. The schedule of administration varies and depends on whether it is a primary, booster, or pre-exposure vaccination.

Rabies vaccination may induce mild reactions like soreness or redness of the site where the injection is administered. Hives, joint pains, and fever may also occur on rare occasions. In case a patient suffers from severe side effects, a physician should be contacted immediately.

Additionally, it is important to remember that rabies vaccination is not for everyone nor is it recommended to be done routinely. Anyone who is suffering from any illness should inform their physicians before getting vaccinated.