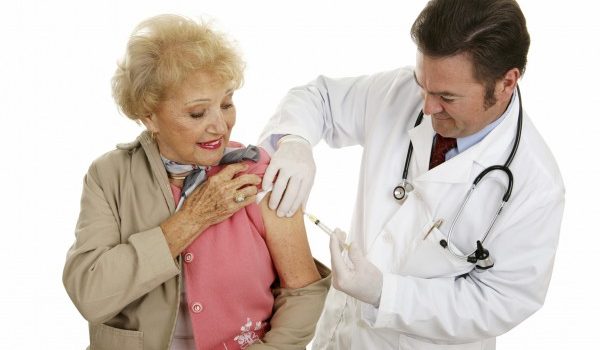 As you age, your immune system gets weaker; consequently, adults from age 65 years and older are more likely to be hit by this illness. For this reason, all seniors must get the flu vaccine. For the elderly, the yearly flu can be very grim and even fatal. Statistics showed that 90% of deaths are flu-related and more than half of the patients hospitalized for flu-related ailment are people in the 65 and older age bracket.

A new influenza vaccine called Fluzone High-Dose was created specifically for seniors, 65 years and older. The Centers for Disease Control and Prevention (CDC) quickly reassured seniors that Fluzone is just as safe as regular seasonal flu vaccines. According to the CDC, they have studied and compared the regular

flu vaccine safety profile with Fluzone and it was just the same; and like the regular flu vaccine, it has some adverse effects.

During its clinical studies, the most common adverse events experienced were only mild and temporary, Mention were fever, headaches, malaise, muscle aches, pain, redness and swelling at the injection site. The manufacturer’s safety studies made a comparison with the regular Fluzone vaccine and there were no frequent reports of common adverse reactions.

A total of 6.1% of seniors injected with the regular Fluzone vaccine experienced a serious adverse event, compared to 7.4% to those receiving the high-dose version.

Differences between the regular and the new version

One of the primary differences between the ‘regular’ Fluzone vaccine and Fluzone High-Dose for seniors is that the latter is said to contain four times as much microbial antigen. The lab altered flu viruses stimulated the body to produce antibodies to combat the three different strains of influenza contained in the flu vaccine.

The idea is to assist seniors who need more antigens in order to provoke the desired immune response. Studies made of the original version found that the original flu vaccine created only a weak immune response among the elderly. They finally realized that the flu vaccine does not work in the elderly, so they upped the dose so it will do the trick.

A new study was made to prove that seniors are better protected with a high-dose flu shot than the protection given by the standard dose. Researchers reported that they found out that one out of four older patients vaccinated with the standard dose could be prevented if the high-dose vaccine were used instead.

The study demonstrated that there was 24% reduction in influenza illness among the participants who received the high-dose vaccine compared to those who received the standard dose. Dr. David Greenberg who is co-author and VP for scientific and medical affairs officer for Sanofi Pasteur U.S., stated that protection is over and above the protection one gets from the standard flu shot. Sanofi Pasteur U.S. financed the study as they created the new vaccine.

Researcher’s randomly assigned nearly 32,000 men and women aged 65 and older to receive either the high-dose flu shot or a regular dose. Greenberg and his colleagues found that people given the high-dose shot produced more antibodies against the flu than those given the standard dose.

Whether you are among the elderly or younger, you need the shot. There are now independent clinics offering a wide range of common healthcare services at select stores nationwide. You will find the kind of service that you and your family need at Wal-Mart Pharmacy or CVS. They provide a range of CDC recommended immunizations for seniors and adults.

Wal-Mart certified pharmacists have completed an immunization training program endorsed by the CDC or the Accreditation Council for Pharmacy Education.