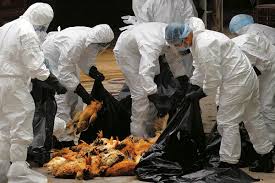 Are you the type of person who’s not fond of getting a flu vaccine? Then the latest bird flu outbreak in the Midwest should give you yet another reason to get vaccinated against the flu.

According to experts, the H5N2 virus that has caused the outbreak could have come from strains of bird flu from Europe and Asia. The same virus was responsible for illnesses and deaths in birds from that part of the world.

The Department of Agriculture and U.S. Geological Survey have reported that there are three versions of bird flu that have been confirmed since December 2014, starting with domestic backyard flocks and wild aquatic birds in Washington, Oregon, Idaho, and California. New cases were reported on the West Coast by the start of the year, and recent cases emerged in the Midwest by the start of March.

While this is not the first time a bird flu outbreak happened in the United States—in 2004, H5N2 virus outbreak was reported in a flock of chickens in Texas—the Centers for Disease Control and Prevention (CDC) says this is the first widespread outbreak that had affected millions of commercially bred turkeys and chickens. 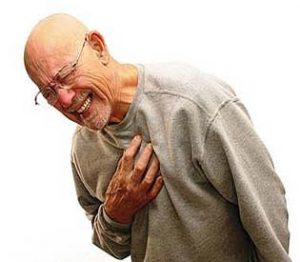 While there have been no reported human deaths yet, health officials are not taking things for granted. In fact, they are monitoring the people who are involved in caring for the affected flocks in Minnesota. As a preventive measure, these people have been advised to take Tamiflu, an antiviral drug.

Officials of the Centers for Disease Control and Prevention hope that the flu strain causing the bird flu outbreak—H5N2—won’t cause any human infections. However, they agree that we must be prepared for any eventuality.

The CDC says they are in the process of creating a human vaccine for the bird flu virus that has affected the poultry industry in the Midwest, despite the fact that the organization calls the possibility of the strain affecting humans to be very remote.

Annual flu vaccines, which are produced well ahead of the flu season, cover only half of the active flu viruses. But this does not mean you should not get a flu shot regularly. In fact, flu bird outbreaks like the one happening in the Midwest give you another reason to have a regular flu shot.

According to the CDC, getting a flu shot every year can lessen a person’s risk of getting the bird flu by at least 70 percent. And it can help reduce the severity of the flu, in the event that you get infected by the bird flu virus.

Annual flu shots are one of the three preventive measures against flu. The CDC says prompt treatment of people with high risk of complications and preventive measures like sick people staying at home are the two other ways to prevent the spread of the virus.

Even if you get a yearly flu shot, it still pays to follow simple prevention tips. Following these tips would significantly reduce the chances of you getting the bird flu virus, or spreading the virus to other people:

Moreover, the CDC says that people should be cautious when observing wild birds. As much as possible, don’t get near these birds. Avoid contact with surfaces which may have been contaminated with bird feces. And don’t go near domestic poultry that have died or appear to be ill.

And in the event that you do get the flu, keep in mind the following tips to hasten your recovery:

The H5N2 virus may or may not affect humans, but it pays to be cautious. Getting your yearly vaccine from stores like Target and Walmart can go a long way towards preventing the bird flu virus from mutating and spreading among humans.