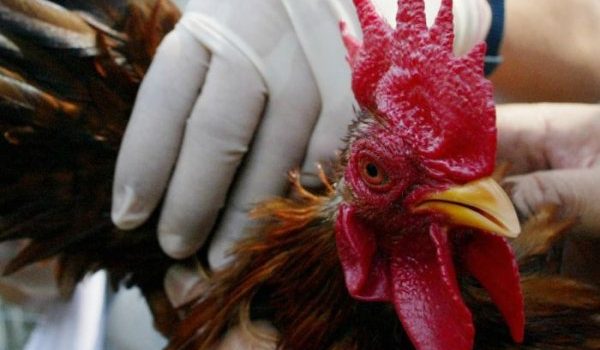 You hear about the bird flu outbreak in Iowa and Minnesota, and the first thing that should go in your mind should be—would the virus affect humans? The next concern you might have would be how this will affect the prices of turkey for Thanksgiving. But that’s another matter.

Indeed, the bird flu outbreak that is slowly crippling the poultry industry in the Midwest has raised concerns about the possibility of the viruses affecting humans. One of the three highly pathogenic avian flu viruses, H5N2, has already caused the slaughter of more than 13 million turkeys and chickens in the states of Minnesota and Iowa.

While there have been no reported human infections, scientists are not closing the doors on the possibility that a John Doe or Jane Doe would catch the virus. However, they agree that the chances of an infected human passing the disease to another human are very low.

Aside from the impact of the avian flu virus on the poultry industry in the Midwest, the arrival of the virus in North America represents a major evolution.

Before this outbreak, the bird flu viruses were never transmitted by migratory birds to North America, especially those coming from Asia and other parts of the world like Europe. H5N1 viruses were usually confined to Southeast Asia alone.

If you are not familiar with the avian flu, then you must know that it generally infects poultry only. The flu is caused by influenza A type viruses that occur among wild aquatic birds. The virus may also infect domestic poultry and other animal species.

While the flu viruses don’t normally infect humans, there have been some cases wherein humans were infected with avian flu. In fact, the first case of avian flu virus infecting humans was recorded in 1997. The virus has also killed nearly six out of 10 people who have been infected with it.

In China, where many of the deaths were recorded, infection of the virus may have come from people swimming or bathing in waters that have been contaminated with droppings of infected birds.

Some of the signs and symptoms of avian flu in humans include flu-like illnesses like high fever, sore throat, cough, and muscle aches, pneumonia, and conjunctivitis.

Highly pathogenic avian flu A virus have also infected humans, causing them to suffer from conjunctivitis, flu-like illness, and even severe respiratory diseases like difficulty in breathing, shortness of breath, pneumonia, and respiratory failure.

There were even cases when infected humans displayed neurologic changes like seizures and altered mental status.

The three highly pathogenic avian flu viruses that are currently wrecking havoc on the U.S. poultry industry—H5N8, H5N2, and an entirely new H5N1 virus—are believed to have come from a single H5N8 virus in Asia. The said virus is said to have spread quickly among migratory birds in the Pacific. When the H5N8 virus reached North America, it mutated after it merged with the North American avian flu strain.

There are still a lot of questions to be answered regarding these new viruses, and scientists from the Centers for Disease Control and Prevention and US Department of Agriculture are working overtime to know more about these viruses.

The most important question, at least for many people, is whether the viruses could mutate and affect humans.

Avian flu expert Dr. Jurgen Richt of the Kansas State University is not discounting that possibility, saying that avian flu virus mutating into a human virus is ‘something that could happen.’

He added that experts are also studying the odds that viruses mutate when they originate from the wild and get into a domesticated environment.

The CDC is currently investigating how the avian flu viruses behave in mammals and whether the viruses can spread easily to animals that are in nearby cages.

If there’s any positive sign, it’s that the H5N2 virus appears to be incapable of replicating at lower temperatures. Human transmission of avian flu viruses often happen in the upper respiratory tracts, where the temperature is lower compared to other body parts.

While the CDC believes that the possibility of the viruses mutating into human viruses is very remote, the agency still has warned the public about getting near wild birds. Close contact with sick or dead birds, or flocks which have been infected with the avian flu viruses, can increase the risk of people getting infected with the virus.

The agency notes, though, that there is no evidence that humans can get infected with the virus if they ate poultry products that have been properly cooked.

People who suspect that they have been infected by the avian flu virus should monitor themselves. Symptoms like difficulty in breathing, sore throat, and coughing often escalate within 10 days after contact with an infected bird.

Getting a flu shot, like one that is available at Walmart or Walgreens outlet, can significantly decrease the chances of humans getting infected with the virus.