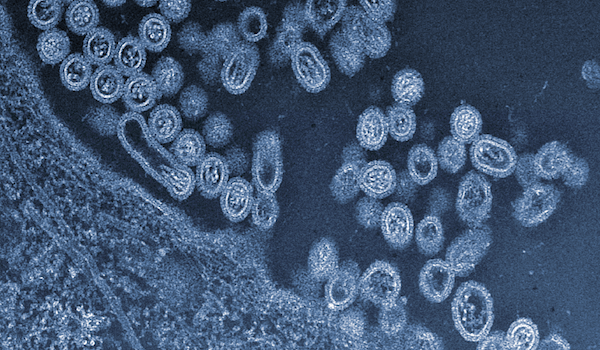 The dreaded news is here – the H7N9 bird influenza virus that has been transmitting around from a flock of ducks and chickens to another in an exponential way is undergoing a mutation. According to reports, the mutated strain is now considered by infectious diseases experts to be a major threat to humans.

The H7N9 bird flu virus, which emerged for the first time two years ago, had slowed down and settled within the areas of South Eastern China, according to reports of Guan Yi and fellow researchers from the University of Hong Kong. They advised that drastic measures should be taken in order to suppress or even eradicate it. Otherwise, they warned in their report in the published Nature journal that the virus is very strong, and so will continue to undergo mutation.

Currently, he reported the areas where the H7N9 had spread and been persistent in infecting chickens and ducks, which is around the Eastern and southern areas of the country. H7N9 is known to become more resilient as it mutates. It is in the process of swapping its genes with various other flu viruses and giving rise to entirely different influenza strains. Any of these brand new strains is capable of igniting a flu pandemic in due time.

Guan Yi also advised health authorities to take the necessary measures to protect the populace. He warned that unless sufficient control measures are taken to control the virus, it can be expected that the H7N9 avian flu virus as well as other viruses will continue to stay and persist.

The spread and continuation of the gene diversity of flu viruses in South and Eastern parts of China only reflects that ineffective measures to control their spread and transmission. It is a must that control measures are being implemented, like the permanent closure of live chicken and duck markets, existence of a centralized slaughtering location, and the prevention of an inter-regional poultry transportation during flu outbreaks. Implementation must be done in a strict and consistent manner. If such measures are observed and followed, people can expect the H7N9 virus and other related viruses to slow down or even perish, and an overall reduction in the number of human infections.

So far, the team of Guan Yi discovered at total of 48 various subtypes of the H7N9 avian influenza. In fact, the virus had infected a total of 622 people since it emerged in 2013, and killed more than a third of them. A distinct characteristic of the H7N9 is that it doesn’t infect humans easily, unlike other known viruses. And those who have it are not able to easily infect other people that they come into contact with. However, in the cause of the H7N9 flu virus, it mutates quickly as in the case of many others. In case the mutated virus starts to pass from one human to another, a pandemic can happen.

It is known that the longer period that a virus strain circulates, the more chance of it infecting other people. It also has a greater opportunity to undergo mutation. The fact that the H7N9 mutates fast and continuously, and is able to exchange genes, can be a problem, according to Guan’s team.

Actually, the H5N1 virus is the first strain of the avian flu virus that worried the health experts. The latter continue to worry since the virus is considered to be a strong, major treat. To date, it has already infected around 784 people in 16 countries since it first appeared in 2003, and killed over 400 of them. H5N1 is also an active virus as it continues to circulate, mutate, and swap genes.

Virus mutation can lead to pandemic

It is easy for any flu virus to mutate. This is the reason why new strains of influenza shows up regularly. The last major flu outbreak happened in 2009, and was caused by the H1N1 swine flu, albeit it can’t be considered a deadly one. Still, H5N1 as well as H7N9 caused high death rates, and if any of them becomes a serious threat as to cause a major pandemic, one can expect millions of people to die. Fortunately, H5N1 and H7N9 avian flu viruses are more adaptable to birds than humans. They don’t possess the mutations that will allow them to infect people. However, since both of these virus are prone to constant mutation, it is possible that it can happen.

Time to have your shots

Whether the pandemic is just around the corner or not, it’s best to have your flu shots as soon as possible. Don’t wait for the flu season to arrive since each day offers the possibility of you getting infected by the influenza virus.

There’s no need to panic even in the midst of the flu season. All you have to do is go to the nearest pharmacies that offer this flu vaccinations to the public. Two of the most trusted options for a flu shot are CVS and Costco. Not only do they offer affordable shots, but you are assured that they are of the highest quality. Getting vaccinated is one effective way of enjoying peace of mind during these times when rumors of a pandemic abound. Don’t wait for tomorrow – now is the time to have your shots to eliminate any risk of getting infected.