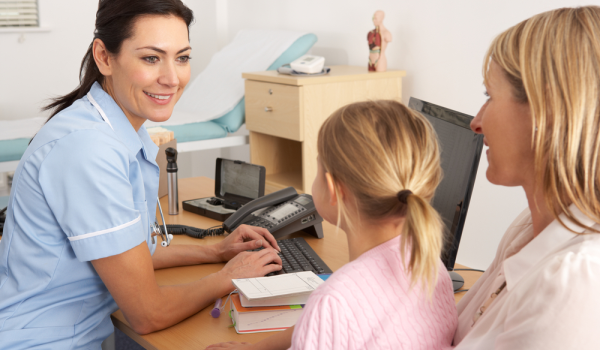 Unfortunately, everything is not over as far as the influenza season is concerned. In fact, a new flu virus strain is making everyone sick and miserable during the supposedly joyous time of spring. The situation is considered as serious since much of the populace is affected by the flu epidemic.

H3N2 and Influenza B Strain

Worse, the H3N2 strain that had mutated in a way that it is able to infect even those who had already been vaccinated is now being taken over by the influenza B strain, according to the Centers for Disease Control and Prevention. So far, an additional 7 more young children have perished from the outbreak, bringing the number to a total of 123 deaths.

However, as the flu season progresses, there are signs that the influenza is starting to wane. The number of deaths decreases steadily by the week, maintaining a number under the outbreak threshold of 7 percent. Still, the CDC declared the season to be a severe one overall, much worse than any other previous season.

The flu season affected the elderly the most

The older people are the most likely to take advantage of flu vaccines. However, during this season, the vaccine was not that effective in providing the necessary protection against the H3N2 virus strain that happens to be currently in circulation. The good news is that the vaccine offers sufficient protection against the flu B strain that is now considered as the most common virus. In other words, people who got their shots are assured of protection from flu infection.

Influenza B strain downs the young and old, pregnant and sick

According to the CDC, an influenza B strain typically shows up as soon as the flu season winds down through winter. Outbreaks are known to affect the young and old the hardest. As one of the worst season for flu and colds, the infections it caused are severe, sending young children, elderly, the sick patients, and pregnant women in large numbers to hospital and health facilities. In the case of young kids, over 80 have died from complications due to the influenza virus. Some 8% of the total reported deaths were caused by influenza and pneumonia during the early part of February.

As the flu season progresses, people still become sick, but less percentage are down with the flu. Many of those ill are actually sick of something else, most probably complications brought about by the flu. Actually, the tests that the people underwent don’t provide information if the virus that they have is influenza.

Almost half of the number of children affected by the flu season were seriously sick that they needed to go to the hospital for confinement. These kids are not sick before the outbreak but actually in perfect health. According to the CDC, some of the most common conditions found in the young patients were pneumonia, asthma, immune suppressions, and neurologic disorders.

In the case of adults, the majority of those who were hospitalized brought about by the influenza epidemic reportedly have medical conditions, the most common of which were metabolic programs, cardiovascular diseases, and obesity. Of the total number of hospitalized women of childbearing age – from 15 to 44 years old, a little more than half were pregnant. It’s clear that pregnant women are at a high risk of being affected by the epidemic.

Seeing this figures, it is easy to discern how serious the situation can be once an influenza outbreak strikes at any location. Depending on the severity of the flu season, it is capable of killing from 4,000 to 50,000 people every year in the US.

The flu season started early and the situation has been bad especially since the main strain of flu, a virus called H3N2, doesn’t match the strain used to make the vaccine. About two-thirds of influenza cases are being caused by the mutated strain. But nearly a third of H3N2 viruses tested are a match for the vaccine, so it would have been worth getting vaccinated, according to the CDC.

Go out and get vaccinated

Many are reluctant to get the flu vaccination, thinking that these shots are expensive. Some even believe that they cost more than 100 dollars. The truth is that you can have a free flu shot thru your Medicare or Medicaid.

If you don’t have any medical insurance, you can get a quality and affordable flu vaccination from reliable pharmacies such as Publix and Walgreens. They can provide you your much needed vaccine for as low as $30. If you are over 65 years of age, it will cost you $50. Obviously, it is not costly like others want to believe.

Vaccination are normally taken in October or November since flu season started in December – this gives the vaccine enough time to take effect. However, do you know that you can take your shots earlier or later than these prescribed months? Especially if you’re someone who is exposed to people and various environments, you are more likely to get infected with the flu virus. Hence, getting your vaccine early is the best solution.