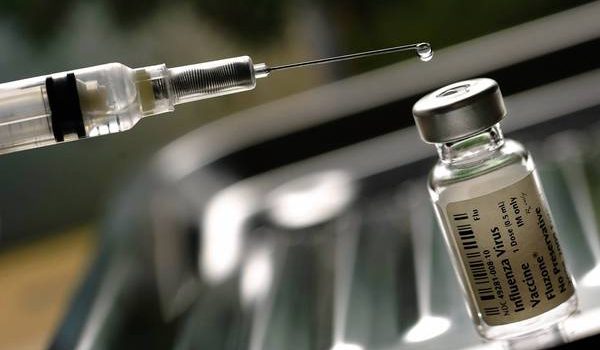 Last year, the Actors Fund sponsored free Flu Vaccination sessions for everyone who’s working or involved in the performing arts and entertainment industry.

The free flu shots were administered at the Al Hirschfeld Free Health Clinic in New York, NY towards the last quarter of last year.

All the union members needed to do was present their cards and they got the flu shots for a year’s protection from the influenza virus free of charge.

The Actors Fund is a nationwide organization that services the needs and concerns of all professionals involved in the performing arts and entertainment industry. The Fund was founded on June 8, 1882 to provide a safety net for those who are in need, crisis or transition.

People involved in filming or any entertainment production are subject to long indefinite hours of work, sometimes being subjected to the harsh and changing outdoor climates that make the body weak in resisting common diseases such as the influenza virus.

People who are working on a more regulated time frame and environment are not free from catching the flu either. Working all year long as an employee and living as the head of a family won’t keep your immune system in check to fight off such virus consistently on a 24 hour basis. Since the flu virus is highly contagious they are just sitting around in tiny droplets of human secretion, waiting for the right opportunity to enter your system.

This is such a wise move for companies to join the crusade against the flu. So many productive hours are lost whenever employees call in sick for the day. The company not only runs with one empty seat but roughly sails through the day with one able hand missing.

If calling in sick is bad enough, reporting to work sick with the flu virus will make matters worse. The effect of the flu virus is not a self-contained individual scenario. Anyone who reports in sick with the flu either in its development or recovery stages will contaminate the next employee who has a weakened immune system at that point of encounter.

The irresponsible act of coming to office sick with the Flu virus creates the most unproductive and wasteful scenario for loss of man hours and output.

But still, even with these forewarning, some companies ignore the importance of a corporate flu protection program. Some lessons need to be learned the hard way.

In case your employer has not yet realized the value of a corporate flu protection program, it’s up to you to take care of getting the flu shots yourself. Flu shots are conveniently available in all popular pharmacies like Rite Aid.

It’s a no hassle over the counter medical product that can be administered by any of the pharmacists on duty.

If your flu shots cannot be sponsored by your work, the best option is to consider it as a family affair.

The sector of our society which gets it worst is our senior an elderly community. Not having flu shots in your workplace gives you the opportunity to schedule one for the whole family, including the grandpas and grandmas.

It’s no secret that people above 65 years old are the ones who are at the most risk of developing life threatening complications for the ordinary flu infection. A lot of the elderly are too weak to recover from flu which brings them closer to the possibility of pneumonia.

While there is also a vaccine for pneumonia, the elderly will benefit the most if the pneumonia vaccine is given in conjunction with the flu vaccine. If there was a choice of only one from the two, the flu shot will be more important because it plays the primary role in the cause and effect chain of flu to pneumonia.

Whether your company is offering corporate flu vaccinations or not, you need to take that trip to the pharmacy for your kids’ flu shots.

Just as some offices neglect the flu protection program, some schools do the same.

It is not safe to assume that kids have better immune system capabilities than adults. Children have the same chances of catching the flu as adults do. In fact, they may be more susceptible to the virus because of their more carefree nature.

A day in school is as tiring as a day in the office. Any classmate who comes to class with a flu infection that’s undetected by the school nurse will infect anyone else in class who has an immune system that’s not working in its maximum capacity.

In the end, your health as well as the health of your family rests on your hand as its head. Whether or not flu shots are provided in your office, make sure everyone in the family has protection. Take that short drive to the pharmacy for your entire family’s flu shots.