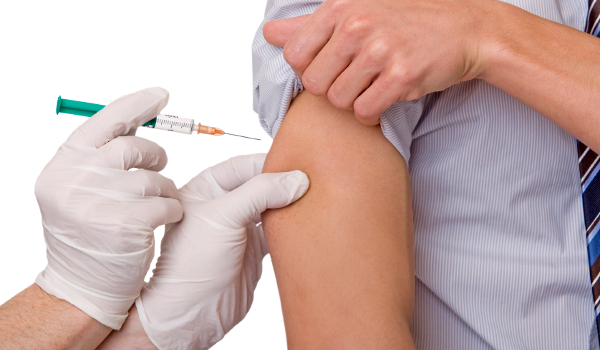 Flu vaccinations are important – without the flu shot more and more people would be hospitalized or even die due to complications caused by influenza. Such complications include bronchitis and pneumonia.

Every year the Center of Disease Control and Prevention or CDC releases what specific flu shots should be given to the public. They do this after carefully studying the flu strain patterns and determine which strains are most likely going to make a wave during the flu season and the rest of the year.

They cannot just give vaccinations for every single type of flu virus. This is because there are thousands of subtypes. Every year new mutations occur so the list of flu virus subtypes only continues to grow with time.

More flu strains in a flu shot require more protein therefore it will be more painful to inject into the body. There could be severe side effects of barraging the body with so many different flu virus variations. It’s never been done and the risks are too high to even give it a try.

2015 saw one of the worst flu seasons in recent years. Normally, the flu shot is 70% to 90% effective. Either it completely prevents a person from getting the flu or it effectively helps them recover when they do contract influenza. Having the flu shot may be the difference of recovering in two days and developing a fatal case of pneumonia.

However, in 2015 this efficiency rating dropped to a staggering 23%. That’s just in the United States because the same results are also occurring in the United Kingdom and Canada. If the CDC plans these flu shots carefully, why are more people getting hospitalized or dying from influenza?

The answer is something even the CDC couldn’t have prepared for: a mutation in a virus strain.

Scientists identify three main types of influenza viruses: Type A, Type B, and Type C. Type A is the most dangerous because it mutates pretty quickly, it is easily transferable from birds to humans, and it is responsible for many influenza pandemics in the past.

The capability of the flu virus to suddenly adapt and mutate is what makes it so unpredictable. A person might have taken the flu shot recently but if they contracted a new, mutated form of the virus then their body still won’t have the proper means of fighting it.

This is why they still get sick despite being vaccinated. A new strain spreads quickly and this leads to a large population of people dying or being hospitalized.

It is this kind of scenario that just occurred this 2014-2015 flu season. People were vaccinated but right in the middle of the season the virus mutated and caught the country by surprise. Medical experts had to rush for a solution to treat the virus before more people got seriously ill or died.

However, the complications get worse from there.

The vaccine for the new mutation won’t be available until next flu season. You won’t see places like Walgreens or Rite Aid suddenly giving a new vaccine that specifically targets the new strain. Time will just have to pass by until the next season arrives.

It takes around four months for doctors to create a new vaccine which can be mass produced and given to the public. By then the majority of people would have been hospitalized, died, or have developed some sort of defense against the virus. There would be little to no point in getting a new shot by then. 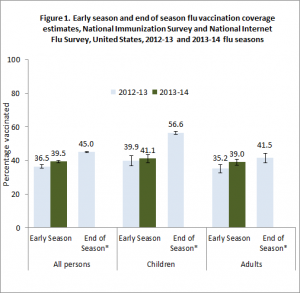 Luckily, data from previous years show that even with a new strain and a low efficiency rating this year, the chances of vaccinated people dying are very low. Just take a look at the numbers from the 2012-2013 flu season where 12,337 flu-related hospitalizations occurred.

In that flu season, 149 children died. However, only 10% of those deaths were vaccinated. 90% of the children death toll account for kids who were not vaccinated and therefore ill-prepared for dangerous strains of influenza.

So far, the 2014-2015 flu season has accounted for 5 child deaths. As of the moment of writing, the CDC has not yet been able to determine if these children were vaccinated or not.

What all this means is that even with new mutations rising, the flu vaccine is still a crucial method of staying fit and healthy. People with the vaccine have stronger defenses against influenza and even if they do get sick they will have a higher chance of recovering.

The bulk of the flu season might be over but it is never too late to take the flu shot. Drive over to your nearest health center or flu shot corner over at Walmart, Target, or others can get the vaccination for yourself and your family.