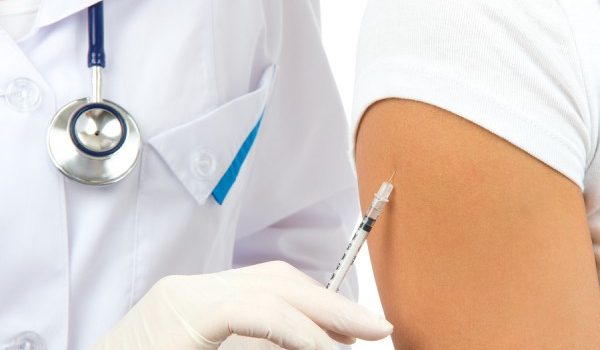 Seasonal flu vaccinations are obviously administered to the children and adults alike because these add another layer of protection against the potentially fatal complications of the influenza virus. But a study presented by Dr. Ju-Chi Liu of Taipei Medical University at the 3rd World Congress on Acute Heart Failure has shown the association between flu vaccination and lower risk of dementia in people with heart failure.

In the study, the research team recruited more than 20,500 patients who were over 60 years old, diagnosed with heart failure, and did not have a dementia diagnosis before their heart failure was detected. Of the participants, almost 10,800 received a flu vaccine at least once while more than 9,700 were not vaccinated during the 12-year study period.

After the researchers adjusted for factors with possible influence in the association, they found that heart failure patients who were vaccinated were 35% less likely to have dementia than patients who did not. In patients who have been vaccinated at least three times, they had 55% lower risk for dementia.

According to Dr. Liu, the team theorized that the flu virus activates the immune response that, in turn, causes an inflammation. During a flu attack, the respiratory infection can stimulate changes in heart rate and blood pressure, known as unstable hemodynamic status that, in turn, may also result in damage to the brain’s tissues. These flu-related changes play a considerable role in the development of dementia especially in patients who already have impaired blood circulation in the brain, as is the case in heart failure patients.

Since vaccination reduces the risks for contracting the flu virus, the associated unstable hemodynamic status as well as the inflammation don’t happen. The researchers concluded that the more flu vaccinations a heart failure patient received the less chance of getting the flu and, possibly, the less risk for developing dementia in later age.

Of course, even without these findings, you should always ensure that you get the updated seasonal flu vaccine when it becomes available in places like CVS. You have to remember that while the flu may seem like a common virus, it has the ability to mutate and, thus, its impact on your life will vary even when you have previously been vaccinated. The lower risks for dementia, if the association is proven true, is just icing on the cake.