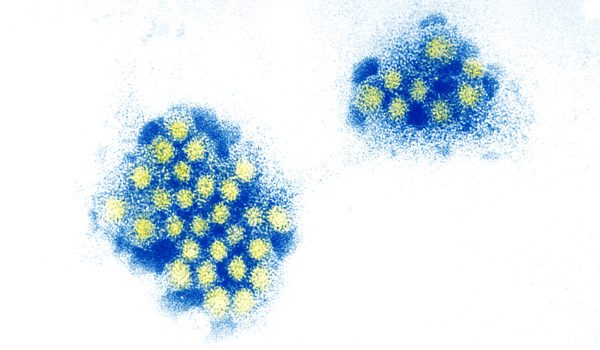 You woke up sweating in the middle of the night. You felt your stomach turn and you immediately went straight to the bathroom to vomit and do the number two, twice. If this scenario is familiar to you, then chances are, you have had norovirus.

This is a highly contagious virus usually caused by ingesting contaminated food or improper food handling due to dirty kitchen surfaces. Noroviruses can be found in undercooked or raw oysters, raw fruits or vegetable, and can even be transmitted by an infected person.

Norovirus causes severe diarrhea, vomiting, stomach flu, and food poisoning. It is a common food-borne illness that can lead to annual outbreaks. In the United States alone, most Americans are expected to experience norovirus at least five times in their lifetime.

Other symptoms include chills, headache, muscle pains, fever, and fatigue. Young children and older adults are highly at risk of developing severe complications from diarrhea like dehydration. If left untreated, it can result to hospitalization or fatality.

Do not expect noroviruses to be treated by antibiotics as these are viruses, not bacteria. No local drugstore antiviral drug can help treat norovirus but if a person infected has a strong immune system, then he has a huge advantage in getting a mild infection.

Is it Similar to Rotavirus?

While both originated from viruses and can cause a bout of stomach flu, norovirus is considered more menacing than rotavirus. In fact, the US Center for Disease Prevention and Control discovered that since the creation of the rotavirus vaccine, norovirus became the number one culprit in causing severe diarrhea, gastroenteritis, and vomiting.

There are several differences between the two viruses but mainly, a person can tell if it’s norovirus not rotavirus through the age of the infected patient and the matter of treatment.

It is important to know that norovirus can affect everyone while rotavirus usually infects babies and young children. Also, do not expect to find a norovirus vaccine in CVS or Target, or Walgreens are there is no such thing available in the market, unlike the rotavirus which has a vaccine given during infancy or childhood.

How to Stop Norovirus if There’s no Vaccine?

As there is no vaccine for norovirus, people can only rely on proper hygiene to prevent a norovirus infection or outbreak. It is impertinent to be aware of the environment especially when it is crowded with people, such as cruise ship, daycare centers, and health facilities.

In order to stop getting infected, here is a list of five tips:

In conclusion, while norovirus and rotavirus are entirely different strains of viruses that cause stomach flu, it is best to keep away from contaminated food and areas to prevent getting any of these contagious diseases. At the end of the day, prevention will always be better than treatment.